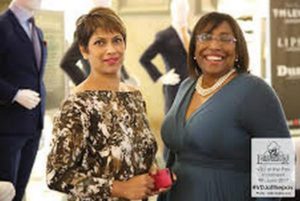 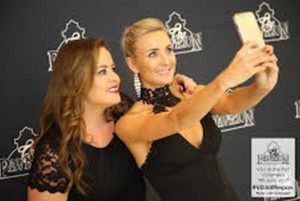 Durban, South Africa, June 14, 2017: If fashion and pop culture are your things, then Durban’s Pavilion Shopping Centre is the place for you.
A number of key fashion and pop culture influencers from around the city had gathered at an ‘Instameet’ event organized by the Centre on Friday evening to showcase the key fashion trends that were expected to set the tone at this year’s Durban Vodacom July event, themed: “The Color of Magic”.
The Pavilion is partnering with Ethekwini Municipality’s Durban Tourism to showcase fashion, shopping and tourism.
In this month of heightened fashion awareness, Pavilion’s national and international retail stores will showcase their products to fashion lovers and icons, sports enthusiasts, and tourists.
Shoppers at the Pavilion who purchase over R 1000 and more between 6 -26 June stand a chance to be in a lucky draw to win a set of 20 double tickets to the VIP section at this year’s Vodacom Durban July event. Each ticket is valued at R3500.
On Friday, social media influencers were encouraged to share their experiences at the Centre on social media platforms.
Glued to their phones and computers, the Fountain Court in the Pavilion was transformed into a social media hub.
The influencers were resolute in their comments.
More international brands were needed at the Centre needed to catch up but they gave praise that new international stores such as Clarks, Fabiani, G-Star Raw and Forever New had already took tenancy.
Maria Valaskatzis, a digital and social media influencer with over half a million hits on any given post, said: “Social media platforms such as Instagram are increasingly becoming great sites of looking for fashionable items. I think the Pavilion is taking a step in the right direction by improving its social media engagement.”
Prince Nhlengethwa who is a fashion photographer, lifestyle blogger and visual merchandiser said: “The Pavilion needs to catch up as new malls are upping their game. However, it is getting there and making an effort.”
Nisha Kemraj, General Manager of the Pavilion Shopping Centre, said the Pavilion prided itself on being responsive to consumers and meeting customer’s demand with optimal care.
She said the Centre organized the “Instameet” event with the deliberate purpose of “engaging with its consumer base as well remaining relevant in this competitive age”.
“By 2018 we are looking to add a luxury brand like Louis Vuitton,” she said.
Kemraj said adding more international brands did not mean moving away from supporting local business people.
“Our focus in on improving the ‘Proudly South African’ brand. We concede that the country has a high unemployment rate, and we need to play our role in alleviating this. We are therefore looking at partnering with government departments to look at ways in which we can create a sustainable environment for local people to be competitive in the retail sector,” she added.
In addition, Kemraj said the Centre was prepared to accept criticisms and suggestions from influencers and consumers as it assisted them in “improving its offering” to fashion enthusiasts.
On safety and security concerns, Kemraj said the Centre had upgraded its CCTV cameras and hired armed response services.
The Centre proudly gets 1.6 million visitors a month and has a reputation of being the premier shopping and entertainment destination in KwaZulu-Natal.
The Centre throughout the month of June will have pop Up Fashion shows sponsored by The Space.
Radio personality and brand ambassador Zaba along with other esteemed influencers will be on site to engage with customers. Shoppers will also be given a chance to have fun at the centre as clues will be shared on social media platforms for customers to go on a hunt and find promoters to win spot prizes, vouchers, and free parking tickets.
To follow what’s happening at the Pavilion, check out their Facebook page or get information on
FBI Communications Social media platforms
Facebook: FBI Communications
Twitter: @FBIComm under the hashtag: #LovePavFashion, and #VDJatthepav