Day of the Seafarers 2017 official video

Press Release
Attention News Editors/Lifestyle Reporters
Pavilion tightens security measures
Durban, South Africa, June 28, 2017: Security is a priority at Durban’s Pavilion Shopping Centre.
Winter school holidays are upon us and Pavilion is proud to announce that over the past few months, security has been improved at the mall. During July for the fashion extravaganza the Pavilion was a hype of activity providing fashion and beauty activations for its shoppers, with safety and security as the main concerns.
Shopping malls in South Africa have become a hub of attraction for criminals in recent years, and while others have struggled to keep the crime rate low in their premises, the Pavilion Shopping Centre in Durban has succeeded in advancing its efforts of making the shopping experience as peaceful and safe as it possibly can become.
The Centre has made great strides in keeping their customers safe, even though it is challenged by the fact that it is one of the biggest shopping centres in the southern African region and receives a monthly foot traffic of 1,8 million shoppers.
“In light of the incidents that are taking place in shopping centres around the country, it is important to reassure our shoppers that the centre cares about their well-being and safety and as such implemented specific security measures to protect customers and tenants,” said Julie-Anne Zuma, the Marketing Manager of the Pavilion.
“The Pavilion has increased the security staff component to heighten surveillance measures externally, inclusive of the of our parking areas and has increased the number of armed response guards who are strategically positioned around the centre to ensure customer safety.
“Spike barriers have also been installed in parking areas as preventative measures,” continued Zuma.
The Pavilion Shopping Centre is the only shopping centre in KwaZulu-Natal which has armed response. Of the thousands of cars that flock in, day in and day out, Nisha Kemraj who is the General Manager of the Centre said the risk of hijackings and/or car theft is lessened at the Centre due “accelerated security measures”.
The number plates of all cars entering and exiting the centre are recorded by the advanced technology systems at the boom gates of the centre, which assists in surveillance measures.
Zuma said that although crime have been significantly reduced at the Centre “over the last few years”, the Centre has not let its guard down or disinvested from safety and security assurance measures. Instead, it is has upgraded its camera systems for improved surveillance.
“We have also developed key relationships with Business Against Crime and the local South African Police Service office, which have agreed to monitor suspicious activity within the Centre as well conduct regular patrols at the Centre,” said Zuma.
Zuma added that heightened security measures did not result in the “victimization of shoppers” by subjecting them to “those uncomfortable regular bodily checks”.
She explained: “We have employed world class surveillance systems. Although we cannot reveal some of the measures in detail due to their sensitivity, we are confident that shoppers can feel most safe at the Pavilion in comparison to many other shopping centre’s in the country.”
To follow what’s happening at the Pavilion, check out their Facebook page or get information on
FBI Communications Social media platforms
Facebook: FBI Communications
Twitter: @FBIComm under the hashtag: #LovePavFashion, and #VDJatthepav
For media enquiries and interviews please contact:
Tankiso Mothibe – 0312085525/ 0793176850, info@fbicommunications.com

ENDS
About The Pavilion Shopping Centre:
The Pavilion is an iconic Super Regional Shopping Centre that is located along the warm shoreline of sunny Durban, set within the rich cultural landscape of Kwa Zulu Natal. Since its launch in October 1993, it is recognised as one of the oldest first generation shopping mall in KwaZulu-Natal. It is also one of the Top 5 Super Regional Shopping Centres across the Retail platform in Southern Africa.
Shopping hours:
Monday – Sunday
09h00 – 19h00
Public Holidays
09h00 – 19h00 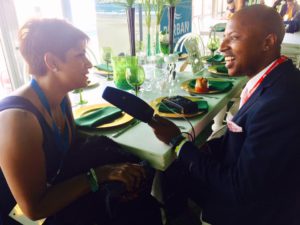