Day of the Seafarers 2017 official video 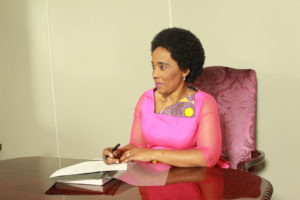 South Africa to host World Maritime Day Conference in 2020 in Durban
Pretoria, South Africa, June 14, 2017: The world is expected to turn its eyes on South Africa’s maritime sector as South Africa is expected to host the 2020 World Maritime Day Conference by the International Maritime Organization (IMO) Assembly in 2020, right here in Durban.
This is according to Sindisiwe Chikunga, Deputy Minister of Transport who announced this week that all eyes will be turned to South Africa’s maritime sector and Operation Phakisa. She made this announcement on the eve of the celebrations of the Day of the Seafarer which will be held in Bizana in the Eastern Cape on June 25.
The IMO is a specialised agency of the United Nations responsible for regulating shipping. Every year the IMO celebrates World Maritime Day, which is used to focus attention on the importance of shipping safety, maritime security and the marine environment and to emphasize a particular aspect of IMO’s work.
World Maritime Day is celebrated in the last week of September annually, and in South Africa it is celebrated on September 25. This year the WMD is celebrated in Port St Johns.
In 2020, maritime nations from around the country will converge in Durban, with experts in the shipping and maritime industry in attendance, together with an array of exhibitions involving the oceans economy.
Chikunga, who will be part of the IMO celebrations in London next week, said South Africa’s participation in the international body was critical, as “we are able to showcase the vast potential that lies within our oceans”.
“Sitting on the International Maritime Organization (IMO) allows us to showcase our oceans economy, Operation Phakisa. But also it exposes us to what other countries are doing.”
“As a matter of fact when 2020 comes, the world will be in South Africa and they will want to know what South Africa has done. They will want to meet our seafarers. They will want to see our mariners. They will want to see our captains.
“In actual fact they will also want to see those vessels that are flying the South African flag, that makes us to be a flag state. They will want to visit our ports that make us to be a port state. They will also want to see our seas as we are a maritime nation,” said Chikunga.
The deputy minister called on young people to enter the maritime sector by becoming seafarers, by making the oceans their choice of vocation.
“If we train you as a seafarer or as cadet, as an engineer, maritime engineer, as a maritime lawyer you are guaranteed to find employment because the opportunities are still there. We are building this industry almost from scratch.
The Day of the Seafarer is a day marked by the IMO to recognise and celebrate seafarers worldwide. The theme for this year is titled: “Seafarers Matter.”
SAMSA currently have developed the Maritime Youth Development Program seafarers and mariners. The program (formerly known as a Gap Year Programme) was established to attract youth to the maritime sector while making an immediate positive impact on their lives and their communities in a substantive way.
The program is aimed at South African youth between the ages of 18 to 25 years from poverty stricken areas such as Diepsloot throughout South Africa.
Sizwe Nkukwana, Programme manager for Operation Phakisa at SAMSA and the Maritime Youth Development Programme said: “This programme matters to SAMSA for two reasons. We would like to see the contribution of maritime towards solving some of the country’s problems that are increasing and the opportunity to work at sea. Whether in the specialised technical environment that requires formal university and TVET preparation, or thought-out the gap year.”
He added: “We want to see more South African’s coming into this space and there’s opportunities that we are working hard not only as just SAMSA but the broader Operation Phakisa environment to unlock these opportunities. The second one, we recognise the ability to get more seafarers developed directly impacts on our ability to have people who are technically competent, qualified and prepared to be our core business staff.”

For updated information go to
WHAT IS SAMSA
www.fbicommunications.com, News Room Section

Mbizana is a rural village in the eastern region of the Eastern Cape Province, and precisely, the birthplace of two of the country’s globally recognized liberation struggle stalwarts; Oliver.R.Tambo and Winnie Madikizela-Mandela. The village of Mbizana is located within the Mbizana local municipality in the Alfred Nzo District in the Wild Coast Region of the Eastern Cape. This municipality is made up of a main town and surrounding villages, located in the Eastern Cape on the R61 road connecting the KwaZulu-Natal south coastal boundary to the N2 highway with a population of just under 300 thousand people. 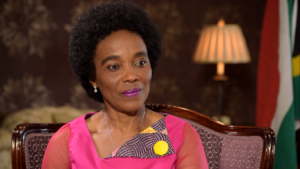