Port St Johns, Eastern Cape: Ninety-seven youth from the Eastern Cape today rejoiced when they were officially sent off to join tourism cruise vessels sailing across the world.

The public-private partnership, championed by the South African Maritime Safety Authority is with the Office of the Premier, Eastern Cape, which saw 97 youths out of a total 128 completing specialized training in basic marine skills over the last two months.

A ceremony to wish them well in their new venture into the maritime world was held in Port St Johns, in the Eastern Cape.

The youth, who were developed under the auspices of SAMSA’s Maritime Youth Development Program, are to join MSC Cruises vessels in different parts of the globe.

The success of the program – which provides employment potential for matriculated youth under 25 in the leisure cruise sector – has promoted SAMSA to introduce the program to other provinces.

SAMSA has received a commitment from the MSC Cruise line that they would open a crewing school in Durban next year. Last year SAMSA piloted the program in Gauteng. SAMSA’s Sizwe Nkukwana said the target was to place 1000-2000 youth a year over the next three years.

During the send-off today Eastern Cape Premier, Phumulo Masaulle announced that the province will continue to commit to the MYDP program, focusing on training a further 350 youth in 2018, and expanding the recruits from a wider Eastern Cape audience.

Masaulle added those newly recruited seafarers would return to their homes with “excellence and pride”. “The OTP found a great partner in SAMSA. We are committed to continuing this relationship next year,” he added.
Masaulle said the province was working with the Department of Public Works on a program called the “Small Harbour Development Program” to develop a Port St Johns harbour. Port St Johns has been earmarked as a national maritime node by Operation Phakisa, a fast track government program to accelerate development and jobs.

This is part of the Presidential Infrastructure Coordinating Commission.

“Accelerating that will really transform the economic life in this area. Not only benefiting tourism and the other fishing activities as part of Operation Phakisa. It is something that we truly appreciate and will work harder to make it happen.”

King Ndamase Ndamase, the leader of the Amampondo dressed the Premier in traditional garb as a sign of appreciation for assisting the many youth who are jobless in the region.

He said the sector was projected to generate between 800 000 and 1-million jobs by 2033. “The 2013 projections reflect that marine tourism is likely to be the second largest subsector contributor to South Africa’s GDP by 2033. The MYDP seeks to attract the youth to the maritime sector while making an immediate positive impact on their lives and their communities in a practical way.”

He said the newly employed youth would repatriate lucrative salaries as these were international jobs paying in US dollars.
“These are permanent jobs. The youth would have an opportunity to work outside the country and have new experiences. They will be joining ships in the Americas, Europe and Asia. This would become an exciting industry to get into.

Issued by FBI Communications on behalf of SAMSA
For interviews and further information, please contact Tankiso Moshoeshoe, on +27-827876987/0793176850, email (info@fbicommunications.com)

For updated information go to
WHAT IS SAMSA
www.fbicommunications.com, News Room Section 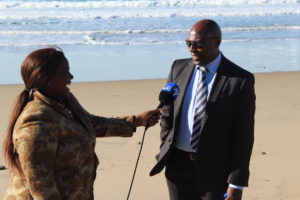 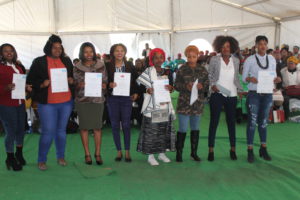 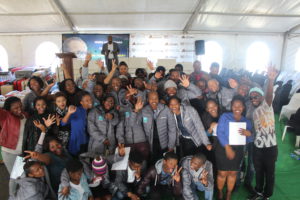 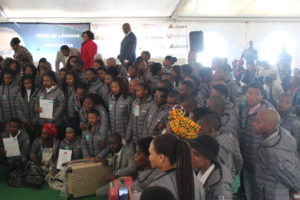 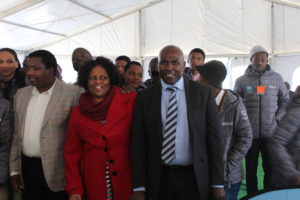 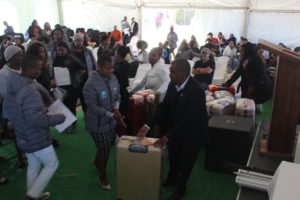