Durban, South Africa: FBI Communications staff Sne Ndudula and Farhana Ismail were on hand at the Port of Durban today during the recovery and salvage operations to support the South African Maritime Safety Authority and the Transnet Port Authority.

Treacherous weather conditions caused a day of high drama at the Durban seas on Tuesday, October 10. SAMSA as a maritime authority was called in to coordinate recovery and clean up operations with Transnet and other stakeholders.

Live interviews from the Durban Port were done with the ENCAnews team headed by Shahan Ramkissoon, and various other media were updated telephonically.

Chief Operating Officer for SAMSA, Sobantu Tilayi along with, the Harbour Master and Port Manager, Moshe Motlohi and Captain Hopewell Mkhize of SAMSA was in attendance.

News update: Durban Port remains closed until all containers that went missing in the storm are recovered. A policeman has also been reported dead after a container fell on his car whilst he was inside. Up to eight large vessels caught up in the storm are now safely berthed. Tens of millions of rands in damages and losses is estimated.

In addition, drones were deployed to inspect the damage done on the cargo vessels and to locate the missing containers.

The FBI Communications team was present on the field to conduct interviews with the media for various stakeholders. The team will also be on the lookout for anymore updates regarding the debris and salvage operations. 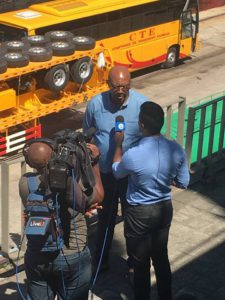 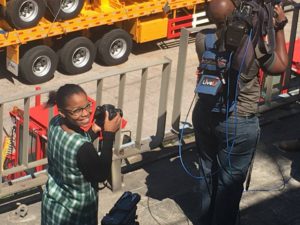 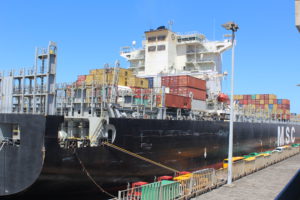