In the past two weeks SAMSA has been coordinating the mop up in the aftermath of the October 10th natural disaster storm.

October 27, 2017: Durban, South Africa: The South African South African Maritime Safety Authority (SAMSA) has issued a directive to the Mediterranean Shipping Company (MSC) to conduct an assessment of the scale of pollution following the loss of cargo into the water in Durban Harbour during the torrential natural disaster storm which took place earlier this month.
On October 10, the day of the storm, SAMSA and TNPA had to prioritise the refloating and remooring of five drifting vessels, three of which had grounded in the port due to extraordinary weather conditions.

SAMSA, supported by Transnet National Ports Authority (TNPA) has been actively involved in containing and minimising the impact of the damage caused in the harbour.

Two damaged shipping containers were secured that that had fallen into the water. These containers were retrieved as soon as available resources had successfully dealt with the five affected vessels.

Containment measures were implemented as soon as it was discovered that at least one of the fallen containers had held bags of plastic pellets. Several bags were retrieved within the port waters and a clean-up operation was implemented by the Port Pollution Control department.

Sounding surveys conducted by TNPA’s Dredging Services division supported by divers and drones, found no further obstructions or obstacles on the seabed within the port limits and the port was declared safe for navigation on 13 October.

The Port Authority’s ongoing clean-up operations within port limits have also been targeting a significant inflow of waste that has discharged into the port from Umbilo, Amanzimnyama and Umhlatuzana Rivers, as well as the municipal storm water system.

In the last few days a mixture of high and low density plastic cargo has been found in some parts of the ocean.

SAMSA’s Chief Operating Officer Sobantu Tilayi said MSC has cooperated with the authorities for the clean-up operation which started this week. SAMSA had conducted surveillance and assessed the extent of the pollution in Durban harbour and the affected coastal areas.
This week SAMSA also met with the Harbour Master and Pollution Control department, the Department of Environmental Affairs, and KZN Provincial Government, and KZN Wildlife.

“SAMSA will undertake the monitoring and oversight role of the process. MSC will consult with the cargo owners for the technical details of the pollutant plastic,” Tilayi said.

He said area survey of beaches up to Umhlanga on North Coast and Umkomaas on the South Coast beaches was conducted by a service provider accompanied by SAMSA. Minuscule presence of plastic pellets was observed at the high water mark only. Aggressive cleaning approach with a defined search pattern has been agreed upon by the joint response team as a way forward.

On the 11th October 2017 TNPA conducted underwater surveys in search of the lost containers. The search was unsuccessful as there was a lot of debris and the water was muddy. On the 12th October 2017 the search continued and the first containers was retrieved. The container which was suspected to have been carrying plastic cargo was severely damaged (twisted and squashed) and it had spilled into the harbour. The second container which had a cargo of Energy drinks was retrieved on the 13th October 2017 and it was still intact with all its cargo.

The port has carried out multi- beam surveys to scan the suspected area for the missing containers.

On October 26, the two containers that were missing had been located and will be retrieved as soon as weather conditions allow.

Tilayi said: “A team to assess the extent of damage have travelled Northwards and South wards today. Local municipalities will be kept informed to enable surveillance team to access beaches.”

SAMSA has the power of authority to take steps to prevent pollution of the sea where harmful substances are being or are likely to be discharged.

On the direction of SAMSA, Drizit Environmental, is leading the clean-up operation. Drizit has a central collection point at Durban Ski Boat Club (79 Browns Rd, Point, Durban) where these plastic pellets may be dropped off. Drizit can be contacted on their 24- hour toll free line 0800 202 202.

For updated information go to:
WHAT IS SAMSA
www.fbicommunications.com, News Room Section 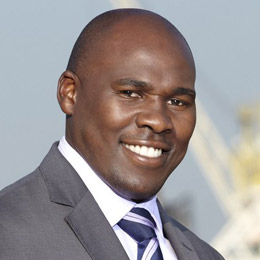