The Maritime Rescue Coordination Centre (MRCC) Cape Town was notified at about 6.50am of a yacht in possible distress. The Kinda Magic was reported to be about 215 km from Ilha Do Fogo (in Mozambique) and approximately 175 km directly from shore.

The distress signal was received by means of an EPIRB (a vessel distress beacon) activation and relayed by means of the COSPAS-SARSAT Systems (the Satellite Search and Rescue system which is part of the Global Maritime Distress and Safety System).

MRCC Cape Town immediately responded to the distress notification and on further investigation found that the yacht was sinking.

As part of the response to the distress signal vessels in the area that could possibly be diverted to assist were identified and the vessel Mt Mersini was contacted through Maritime Radio, based in Cape Town.

The Mt Mersini was requested to divert to assist the distressed yacht.

The vessel Master complied with the request and confirmed the nature of distress as it was also received on VHF radio transmission. The vessel arrived on-scene at 8.43am local time and all four crew members were rescued.

Chief Operating Officer for SAMSA, Sobantu Tilayi said the contribution of the MT Mersini, her Captain, and crew in the saving of the South African lives was greatly appreciated.

“We are pleased with the MRCC and their handling of the incident. We are daily faced with increasingly bad weather and deteriorating weather patterns. The quick response of the MRCC and the efforts of nearby ships averted a near tragic incident,” he said.

The MRCC said four occupants of the yacht – whose personal identities are yet to be confirmed – were plucked off their stricken vessel by the passing oil/chemical tanker, the Panama registered MT Mersini, just before the yacht sank. The ship is currently en route to the Comores.
The Kinda Magic sank after the crew were rescued.

MRCC Cape Town had notified the Regional SAR authorities of Mozambique, Madagascar and Comores of the incident and rescue as well as Department of International Relations and Cooperation’s (Dirco) in order to facilitate the repatriation of the South African sailors.

The progress of the rescue vessel, and the status of the survivors, will be monitored until arrival at its destination, the MRCC said. 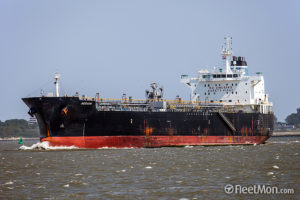 The MT Mersini oil tanker yesterday assisted in a rescue mission to save the lives of four South African Sailors that were in distress while sailing the Indian Ocean. 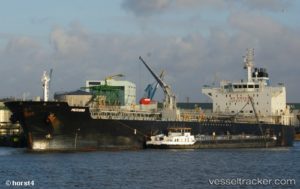 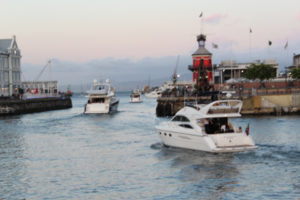 The yacht ‘Kinda Magic’ was reported to have sunk right after rescue efforts were coordinated.