The South African Maritime Safety Authority’s Maritime Rescue Coordination Centre (MRCC) was informed by the Master of the Bulk Carrier, the Pan Energen, of an ill crew member, from Indonesia, on board requiring urgent medical attention.

The vessel was en route from India to South America without a planned stop-over in Cape Town when the crew member took ill.

MRCC chief Jared Blows said the vessel was put in contact with the Metro Doctor and it was recommended that the crew member be evacuated from the vessel as soon as possible.

The Rescue Sub Centre at the Port of Cape Town was activated at about 10am and along with the MRCC all the necessary arrangements was made for a medical evacuation.

The South African Air Force 22 Squadron was activated along with the NSRI Air Sea Rescue Unit to fly out and evacuate the crew member.

The Oryx helicopter rendezvoused with the vessel off Cape Town Port Limits and airlifted the crew member on board from where he was flown to Groote Schuur Hospital.

An ambulance has been arranged to then transport the crew member to Christiaan Barnard Hospital for further treatment.

“The pilots are trained to operate in extreme conditions, but the team put in an extra effort,” Blows said.

The helicopter returned to base.

Blows said the crew member would be treated and the arrangement would be made with the shipping agent to return him home safely. 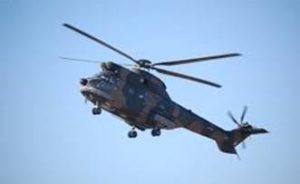 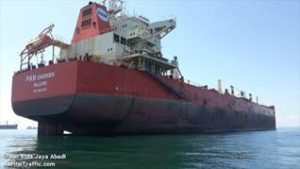