Welcome to the new year.

Trust you are in the best of health. Wishing you the best for 2018.

I am sure you have been tracking SA Agulhas after it set sail to the Antarctica last year. Please find enclosed latest information on the scientists and the cadets on board who have completed their stint in the Antarctica and are on their way back home.

Please also find the latest Long Range Identification and Tracking (LRIT) position data for the SA Agulhas, as well as pic of the cadets before they left Cape Town.

Update on SA Agulhas returning from Antarctica
Port Louis, Mauritius, January 23, 2018: The SA Agulhas is on its way to Port Louis, Mauritius, from Antarctica to drop off international scientists who joined 20 South African cadets, making their way to Antarctica last year.
The vessel which is the South African Maritime Safety Authority’s (SAMSA) dedicated training vessel sailed on the afternoon of the 24th of November 2017 for Port Louis, Mauritius, from Cape Town. On board were 20 maritime cadets – their first exposure to the high seas. They sailed from Cape Town to Port Louis.
Approximately 40-47 scientists from the Indian National Oceanic Science Program of India joined the cadets on the expedition in early December 2017. They spent two weeks in the Antarctica carrying out various oceanographic research.
Roland Shortt, SAMSA’s Operations Manager for SAMSA’s Maritime Special Projects said the SA Agulhas was expected to reach South Africa in February 2018. It was now on its way to Port Louis.
Shortt said: “The expedition has been tremendously successful. The cadets have outshone themselves with the commitment and dedication that they have displayed. Along the way the ship was able to lift scientific buoys which allows us to gather data once a year and then they are released back into the ocean.
“The voyage was as smooth as any trip goes. When they return back to South Africa, the cadets will go to their individual training institutions.”
The research started as soon as the scientists came on board in Port Louis. They conducted CTD operations for physical, chemical and biological studies to measure the conductivity, temperature, and pressure of the seawater. They also carried out Most Probable Number Dilution-Culture Method (MPN) operations for plankton studies (to measure the number of viable phytoplankton cells in a sample).
Also included in the studies were Fast Repetition Rate Fluorimetry Radiometer readings, collecting surface water for biological studies. A radiosonde balloon was also launched and the team is still using a Underway CTD oceanographic instrument every 15 NM to 57 degrees south, measuring regular atmospheric parameters; and recording greenhouses gas, water vapour and rainfall.
The cadets training on board the vessel consisted of general watch keeping, steering, towing and salvage, various projects as per training officers, engine room watch keeping, passage planning, morse code transmitting, and knots and splices training.
Issued on behalf of SAMSA by FBI Communications
Follow SAMSA on #SAAgulhas #SASendoff #SAMSAAntarctica
For profiles and pictures on the cadets go to www.fbicommunications.com/newsroom
For more information and interviews contact Farhana Ismail on 0827876987 and or farhana@fbicommunications.com
For updated information go to
https://blog.samsa.org.za/
Facebook:
Page: South African Maritime Safety Authority
Twitter:
@SAMSAMARITIME
Website:
www.fbicommunications.com, News Room Section
Notes for Editors
The South African Maritime Safety Authority (SAMSA), is a South African government agency responsible for the implementation of current International & National Regulations regarding the Maritime industry. It advises Government on maritime issues relating to or affecting South Africa, including but not limited to providing a search and rescue capability, and conduct accident investigations and provide emergency casualty response. 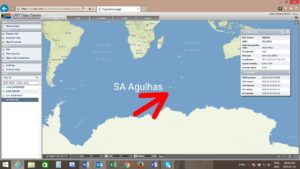 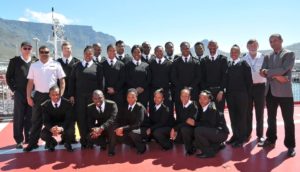