January 25, 2018: Durban, South Africa: FBI Communications were actively involved at the Port of Durban today to support the South African Maritime Safety Authority for their interview with London based- Sky News TV.

Perilous weather conditions had caused high drama at the Port of Durban last year. As a result, four containers fell off vessels in the harbour when ships lost their moorings during the storm, of which two containers were carrying nurdles.

SAMSA as a maritime authority was called in to coordinate recovery and clean-up operations with Transnet and other stakeholders.

Live interviews from the Durban Port were done with the Sky News team headed by Claude Colart and John Sparks for the Sky News Oceans rescue campaign.

Chief Operating Officer for SAMSA, Sobantu Tilayi spoke to the Sky News team about the efforts to clean up the plastic nurdles that are washing off KwaZulu-Natal’s coastline.

In case you missed the interview, here’s a quick recap below. 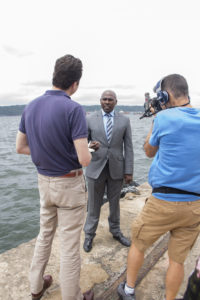 SAMSA’s Chief Operations Officer, Sobantu Tilayi being interviewed by John Sparks from London based Sky News TV for the Oceans Rescue Campaign at the Durban Harbour. 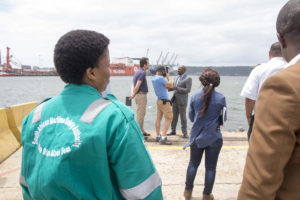 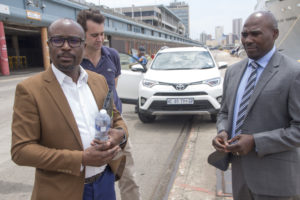 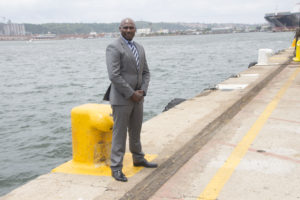 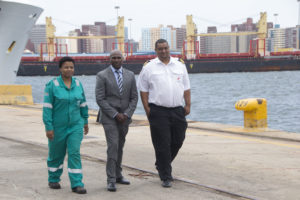 SAMSA’s COO, Sobantu Tilayi reflecting on what happened during the October 10th storm at the Durban Harbour.

SAMSA’s COO, Sobantu Tilayi speaking to John Sparks from Sky News, about lessons learnt from the October 10, 2017 storm which caused havoc at the Durban Harbour, resulting in containers carrying plastic nurdles falling off a cargo vessel.