Trust this finds you well

Please find a presser issued on behalf of the KZN Film Commission on the boom in the film industry which has yielded millions of rands in revenue, and has become the new employer and economic benefactor for our communities and society.

Please not the handles for the KZN Film Commission social media platforms are as follows:

KwaZulu-Natal, South Africa, March 7, 2018: The KwaZulu-Natal Film Commission (KZNFC) is bringing together business and critical stakeholders to take advantage of opportunities available in the film and television sector, yielding millions of rands in revenue.

Local and foreign filmmakers are taking advantage of the country’s diverse, unique locations – as well as low production costs and the favourable exchange rate, which make it cheaper to make a movie here than in Europe or the United States.

Job creation, opportunities for entrepreneurs, incentives for producers, boosting local tourism, and robust infrastructure, abound, as the main factors behind the boom.

Carol Coetzee, Chief Executive officer for the KZNFC said: “The film industry has excellent potential for growth and is regarded as a catalyst for both direct and indirect employment of people from different sectors of the economy.”

In the first half of 2017, of the 106 films released in South Africa, 10 were local titles, raking in R30m, or 5% of the total box office taking of R568m. In the last financial year, the South African film industry had a R12.2bn impact on the local economy – direct impact of R4.4bn on economic production, an indirect impact of R4.9bn and an induced benefit of R3bn.

In a 2017 report, PricewaterhouseCoopers (PwC), a global professional services firm, forecasted that South Africa’s entertainment and media industry would reach a total revenue of R177, 9 billion by 2021.

The KZNFC is determined to play its part in ensuring that the forecasted figures become a reality.

Coetzee said: “We strive to consistently improve in supporting film producers and local artists and companies that want to build this industry. Our focus is to grow filmmaking in KwaZulu-Natal and in doing so, attract investment which benefits the broader South African society.”

The commission also believes another critical opportunity, for example, for business, is to increase brand awareness of South African films.

Coetzee said: “The KZNFC is poised to develop audiences, understand what they want and implement strategies to engage with them. Product placement in film provides a huge opportunity for business to access the industry, businesses can use this platform to create brand awareness.”

In 1995, when the country first became a viable location venue for movie and television production, the industry employed around 4 000 people. This has grown to around 25 000 people, according to the National Film and Video Foundation.

South African broadcasters also distribute local productions to the rest of Africa through direct sales and bartering, where content is exchanged for advertising airtime. This has helped increase the demand for locally produced television content.

The Department of Trade and Industry offers industry-specific incentives to encourage local-content generation as well as attract international productions.

Coetzee said there were also foreign film and television production and post production incentives offered such as tax reductions.

“This will encourage and attract large-budget films and television productions and post-production work. This contributes towards employment creation, enhancement of South Africa’s international profile, and increase the country’s creative and technical skills base.”

The South African Revenue Service, through Section 12.0 of the Income Tax Act, provides for an exemption from normal tax, specifically income derived from the exploitation rights of a film. 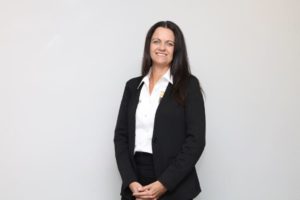