Durban, South Africa, April 16, 2018: The South African Maritime Safety Authority (SAMSA), has launched an investigation into a collision between a car carrier vessel and an inactive tugboat while the ship was berthing alongside Durban Point Precinct.

The vessel CSCC ASIA, operated by Hoegh Autoliners, collided with the inactive tug Inyalazi at about 9am on Friday, 13 April 2018 at R shed at the Port of Durban.

“SAMSA is conducting an investigation to ascertain the factors contributing to the accident. Once completed recommendations will be provided to avoid any further reoccurrences. The process is guided by the South African Merchant Shipping Act.”

Ali said the cause leading to the incident could only be determined on concluding the investigation which involves statements from various personnel like the Master of the Ship and crew on duty, the pilot on board, mooring crew at the berth and eyewitnesses.

“SAMSA is in possession of the Video Data Recorder (VDR) recording and copy of Electronic Chart Display System (ECDIS) play back. This will provide us with real time data at the time of the incident and will assist in the investigation to ascertain what occurred, said Ali.

No injuries were reported as there were no employees on board the tug Inyalazi.

Damage occurred to the quayside and the tug sustained a hole on its starboard side which resulted in an ingress of water into the tug. Tug Umbilo was deployed to the site with a salvage pump to remove the water from Inyalazi.

SAMSA surveyors were on site to closely assess the extent of the damage. Divers were deployed for the purposes of plugging water from entering the tug.

Port operations were not affected. The car carrier vessel was able to commence operation and the tug Inyalazi was moved to the dry dock for repairs.

Ali said the 200-metre long Bahama registered vessel did not suffer severe damage and left the harbour on Saturday April 14.

“There were some abrasions on its starboard side, but no breach of the hull,” Ali said.

Ali added the ship collided while a local Transnet pilot was on board.

Inward and outward movements of vessels entering or departing Durban harbour are done under the auspices of TNPA who provide the pilot services, tug boat services etc. to berth ships in the harbour.

Ali said the quayside where the tug was had been damaged between bollard No. 2 & 3. “The tug’s hull on port side due to resting heavily against quayside received severe indentation and the tug’s mast is also damaged.”

“Accidents do happen in ports all over the world and it is too early in the investigation to apportion blame. Once the investigations are completed, a decision will be made about what action to take. We will also learn from this experience and put measures in place to avoid a reoccurrence,” said Ali. 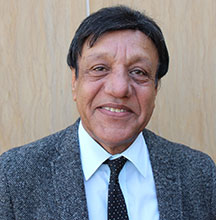