Dancing to make a difference 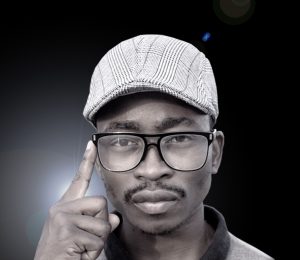 Choreographer for Dim-Dep: Faces of Environmental Success and South Africa’s top 10 finalist for “So You Think You Can Dance Season 3”,Gabriel Youngstar Masango is giving his all to raise awareness about environmental sustainability through dance.

The KwaMashu born multi-talented African contemporary dancer has been part of the Dim-Dep family since 2016.

“My link to Dim-Dep is through Mr Philnani Duma who scouted me when he was looking for one of the best dance choreographers for Dim-Dep,” said Masango.

Recognised internationally and well-travelled, he has a host of awards to his name, ranging from SA best dance choreographer to being is rated 2nd best all Over the World as best solo, teacher, and choreographer in the World Lyrical Dance Federation.

He joined the Dim-Dep Enviro Blitz campaign to not only do what he loves but to also dance for change.

“Being an ambassador for the production means a lot to me. It gives me the opportunity to represent where I come from and become an inspiration to aspiring dancers. It has also provided me with the platform to lead by example when it comes to taking care of the environment, as well as teach others and highlight the importance of environmental sustainability,” said Masango.

With many talents bestowed upon him Masango is a music Artist, DJ, music composer/producer, teacher, choreographer, broadcast presenter.

He began his dance career at Phenduka Youth Dance Development. His first official performance was when he performed at Giyanilusha in 2006. In the same year he also started his own production company called Youngstar Production. From 2007 till 2008 he joined Kwa-Mashu School of Dance. He was the dance captain at Mandlakazulu Primary School. In middle 2007 he joined Emzini Art Production part time. In 2009 he went back to work for Kwa-Mashu School of Dance as a teacher. He performed at Elizabeth Sneddon Theatre, and was nominated a breakthrough new comer. In 2009 he performed in Reunion Island and represent South Africa, in the show called ContreSud.

In 2010 he choreographed a piece called Moment of Life and People Around Us that was performed in Dance Umbrella Festival. In 2012 he was the acting Director for Dusi Dance Company where he taught dance at Edgewood University of KwaZulu-Natal . In the same year, he initiated the wellness dance program for EThekwini Municipality – Art and Living Culture. He was also invited by the Malawian based company called Intensity Dance Company to collaborate with them and Soul City Company from Reunion Island in 2012.

In 2013 he choreographed InkinaNkina that toured African Continent as well as choreographed Fixed Me and Keep Up for Dance Umbrella Festival. 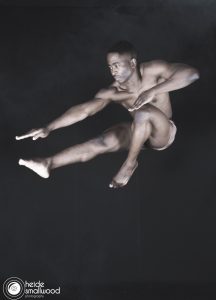