The Marshal Island, Pacific Ocean registered vessel had left Algoa Bay (Ngqura) bound for Muara Port in Brunei. According to information obtained by SAMSA’s Maritime Rescue Coordination Centre, based in Cape Town, the two crew were injured when the vessel experienced bad weather. One crew suffered severe left knee injury and the other suffered a severe fracture left foot.

“We requested our RSC East London team to connect the vessel to the Metro doctor for him to make a medical judgment on the condition of the two crew. The doctor advised that one of the crew should be evacuated as soon as possible and he suggested air evacuation.”

MRCC dispatched South African Airforce helicopter AF BK117 which was stationed at Port Elizabeth. The vessel was approximately 36 kilometres from shore. By 5pm this afternoon, both men were evacuated and taken to St Dominic’s Hospital in East London.

They are currently being treated and their condition is not known.

The carrier proceeded back to its course bound for Muara Port in Brunei. Blows thanked all parties involved in the rescue, including Transnet Port Authority, National Sea Rescue Institute and SAAF for their good work.

“We acted decisively and, together, with all parties, managed to bring the men to safety, to administer them medical attention,” Blows said.

The MRCC is fully functional and operates 24/7 with the focus primarily of the safety of life at sea. 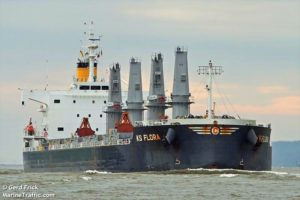 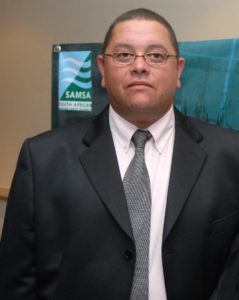