On Friday, in Durban the South African Maritime Safety Authority will have an exhibition promoting safe seas and clean oceans to commemorate World Oceans Day which is held on June 8.

The theme of which is “Preventing plastic pollution and encouraging solutions for a healthy ocean”.

SAMSA believes it is critical that shipping have a minimal negative impact on the ocean and atmospheric environment.

Pretoria, South Africa, June 6, 2018: In commemorating World Oceans Day, the South African Maritime Safety Authority said it was critical that shipping have a minimal negative impact on the ocean and atmospheric environment.

June 8 is World Oceans Day, the theme of which is “Preventing plastic pollution and encouraging solutions for a healthy ocean”.

On Friday, in Durban, at the Transnet Cruise Terminal (Durban Harbor) SAMSA will have an exhibition promoting safe seas and clean oceans at the SA Agulhas 11 Open Day which is open to the public. The event will be hosted by the Department of Environmental Affairs.

To deliver on its mandate to prevent pollution from ships, SAMSA, South Africa’s maritime authority, is charged with implementing the International Convention for the Prevention of Pollution from Ships (MARPOL), which covers prevention of pollution of the marine environment by ships from operational or accidental causes.

It is a treaty adopted by the International Maritime Organisation (IMO)to prevent and minimise pollution from shipping.

Sobantu Tilayi, Chief Operating Officer for SAMSA: “People rely on shipping every single day, as the most cost-effective and fuel-efficient way to transport essential raw materials, commodities and consumer goods. Thus, we have to make sure that shipping has a minimal negative impact on the ocean and atmospheric environment.”

MARPOL addresses pollution by oil from ships; noxious liquid substances, such as chemicals, carried in bulk; harmful substances carried in packaged form; sewage discharges into the sea and the disposal at sea of ship-generated garbage.

South Africa has a robust safety and pollution response framework and was a leader in much of the science and development associated with combatting pollution on the continent, Tilayi said.

SAMSA believes that a safe, sustainable, and competitive transportation framework is essential to Africa’s prosperity and competitiveness in the shipping sector which accounts for 90% of goods transported around the world.

“This must be achieved in a sustainable manner that respects the importance of the ocean. We are poised to ensure waterways are managed safely and effectively, and to establish low-impact trade corridors on the land and the sea that enable international and domestic trade safely and efficiently,” said Tilayi.

MARPOL also recognizes the need for more stringent requirements to manage and protect so-called Special Areas, due to their ecology and their sea traffic.”

This recognition of special areas, alongside global regulation including regulation here in South Africa, is a clear indication of a strong awareness of – and total commitment to – the fundamental importance of protecting and preserving the world’s seas and oceans as vital life support systems for all people.

The Antarctic has enjoyed Special Area status since 1992. Oily discharges into the sea and garbage disposal overboard are totally prohibited. In addition, a total ban on the carriage or use of heavy fuel oils took effect on 1 August 2011. 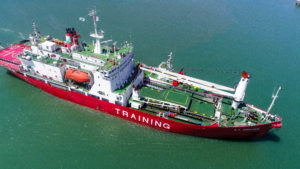 Ariel view of the SA Agulhas 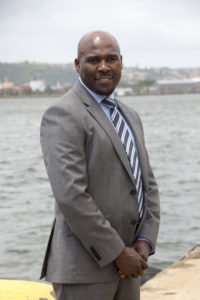