TOURISM KwaZulu-Natal (TKZN) will be heading to Bloemfontein from 5-14 October to promote its successful domestic marketing campaign “Do KZN”.

The “BloemTakeover” will take place at the Middestad Shopping Centre with partners such as Durban Tourism to showcase the province’s abundance of tourist attractions. This will coincide with one of Bloemfontein’s biggest cultural activities, the Mangaung Cultural Festival, popularly known as Macufe, which attracts thousands of people from neighboring provinces, including the Northern Cape and Gauteng.

The TKZN exhibition stand is expected to be a hive of activity with its impressive Virtual Reality experience, enabling visitors and potential tourists the chance to experience zip-lining, surfing and Zulu dancing.

The TKZN Acting chief executive officer, Phindile Makwakwa, explained that “Do KZN” aimed at encouraging people to explore and travel to KZN and with some 180 000 people expected to attend the Macufe, it was the perfect opportunity to expand the campaign.

“Our virtual reality experience is the future of tourism promotion and TKZN is taking the lead by allowing potential visitors a glimpse of what we have to offer and what it means to ‘Do KZN’,” Makwakwa said.

Having just emerged from a “very successful” Tourism Month, TKZN is now busy promoting the region as a destination of choice for the coming festive season. We believe this campaign will push potential travelers to finalise their festive season plans, she said.

“Over the years we have welcomed visitors from the Free State. Many towns in the Free State border KZN and our region is therefore easily accessible. The school holidays are now synchronized and we are preparing ourselves for a bumper crowd of visitors from all parts of the country,” Makwakwa added.

Although the region’s beaches were always a major drawcard, KZN offered so much more.

The Midlands, inland from the north and south coasts, and the Drakensberg mountain areas offered a plethora of activities which visitors can enjoy.

With the country celebrating the Mandela Centenary, visitors will have a chance to visit some of the iconic tourism attractions that have strong link to the former President such as the Mandela Capture Site just outside Howick, the Luthuli Museum in Groutville and the Ohlange Institute in Durban where Madiba cast his first vote, Makwakwa pointed out.

“KZN is a special place with plenty of wonderful experiences with a seemingly perpetual summer. Now is the perfect opportunity for everyone to take the time to Do KZN,” Makwakwa said.

For more information go to:

The Bloem Takeover has begun. Tourism KwaZulu-Natal is reaching out to inland countries to expands it’s #DoKZN  Campaign. This week we are winning the hearts of many Bloemers as we have our Virtual Reality stand at Middestad Mall in Bloemfontein for the Macufe Festival. These images below can attest to the kind of fun KZN brings out in people from Bloemfontein. 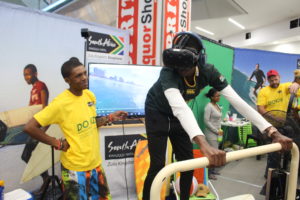 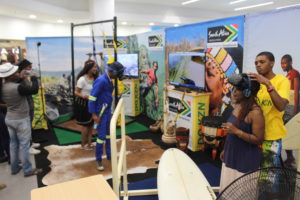 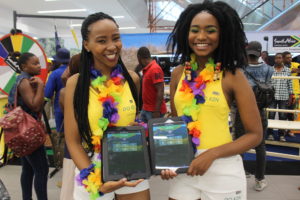 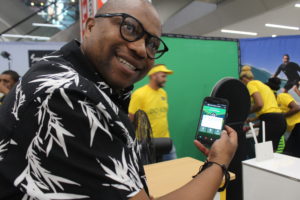 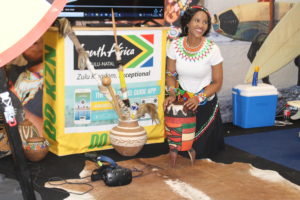