The national Lilizela Tourism awards dubbed the “Oscars” of the industry, catapulted ten KwaZulu-Natal tourism businesses to the top as they walked away with brand new prestigious trophies to prove their worth in service excellence and have set the bar high.

Hailed as “the best-of-the-best,” they were each presented with a coveted Lilizela Award for their excellent service to their guests by the Minister of Tourism Derek Hanekom at the awards ceremony this weekend competing with hundreds of others from around the country.

“It is pleasing to see our trade partners count among the best-of-the-best in the sector, particularly as there was some very strong competition. Providing excellent service increases destination confidence among travellers, and prompts service providers to up their game.

“Our peers have rewarded innovation and best practices in the travel and tourism industry. This opportunity will inspire destinations, companies and professionals to always be on the side of service excellence and to be more competitive, said Phindle Makwakwa, acting Chief Executive Officer of Tourism KZN.

Makwakwa said: “Service excellence plays a pivotal role in building any tourism destination and these are the kind of exemplary tourism players who we want to see more of in KZN. They have truly done us proud and we hope that their success will inspire others and spark some healthy competition in the sector and eventually bring even more such awards to KZN.”

The awards were largely consumer based, with 80% of the score given to the contenders being based on consumer reviews. The reviews that were taken into consideration were votes from the @LilizelaAwards website as well as the @TripAdvisor scores.

Service excellence is everything in today’s global tourism. When establishments and services were graded, it increased customer confidence not only on the product offering but on KZN as a  destination as a whole, Makwakwa added.

The Lilizela national winners came from around the country and they had all previously won their provincial competitions.

“This is a high-profile competition that can only boost a winner’s profile. We know there are other worthy contenders out there,” she said.

This year’s national Lilizela winner of the Emerging Entrepreneur of the Year (ETEYA) was Siphokazi Thiam, owner of the La Teranga Accommodation and Conference Group in Kokstad and Margate.

La Teranga was also chosen as KZN’s provincial winner in the ETEYA category, and its win, now nationally, is an added accolade.

The TKZN Board chairperson, Sthembiso Madlala, accepted the award for Hawklee Country House which won the three-star country house category.

The other KZN winners were:

The Oyster Box, Umhlanga, which won the five-star hotel category.

Tembe Elephant Park & Lodge which took the national title for a three-star lodge.

Tim Brown won a Lilizela for being the best tourist guide.

Profiles of the Winners

Kwazulu-Natal scooped 10 awards in various categories last night at the National Lilizela Tourism Awards. Tourism KwaZulu- Natal would like to congratulate each one of them for their excellent tourism service to all our Zulu Kingdom visitors. Halala.

Today we profile our winners who represented the Zulu Kingdom at the awards.

Here are your winners: 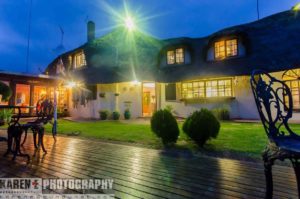 Owned and run by Belinda and Dean Lentz for more than seven years, they have transformed the business into one of the leading luxury guest houses in the Midlands.

They have created six individual luxury chalets, five of them overlooking the Lions River, while the sixth is set in their lovely gardens.

Set in 5ha of undisturbed countryside, Hawklee Country House is a popular getaway destination for special birthdays, anniversaries and gala dinners and is sought-after for weddings of up to 30 guests.

The owners go out of their way to give guests a personal service and one recent review said that their personal attention was “just the cherry on the top” of their stay. 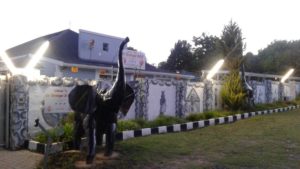 AMBITIOUS Kokstad couple Siphokazi Thiam and her husband, Hussein, took the first runner-up spot in the Emerging Tourism Entrepreneur of the Year Award (ETEYA) last year-and this year, they have clinched the winner’s title.

Owners of the La Teranga Accommodation and Conference Group, they have three guest houses in Kokstad and one in Margate, and their five-year plan sees them moving from a guesthouse business into a hotel group.

Their immediate plans will see further expansion to Mount Freer, which they expect to open next year.

“But we are not finished. We will keep expanding as long as we have the strength,” Thiam predicted earlier this year.

BEVERLEY Country Cottages, winner of the Lilizela Awards three-star self-catering exclusive category, is owned by Kate and Garry (CORRECT) Kelly, who are now in their ninth year of running their popular business.
They pride themselves in offering beautiful three-star accommodation “but with four-star services.”

Set in the picturesque Dargle Valley in the Midlands Meander, the Beverley offers four self-catering cottages and two Bed&Breakfast rooms, sleeping a total of 24-and a peaceful, relaxing getaway.

Family and pet-friendly-young visitors can interact with rabbits-the venue also offers comfort and warmth and extra services: fresh flowers, home-made biscuits in the rooms and farm milk from the nearby dairy.

And for guests who don’t want to take all their supplies with them, they can pre-book a range of dairy products from the venue’s farm. There is also an old stone pub that can be hired. 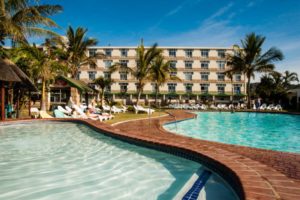 WITH its private beach and lifeguards and vast range of activities on offer, it is no wonder that the ATKV Natalia Beach Resort at Winklespruit, just south of Amanzimtoti, is a popular holiday destination.

The resort has just picked up the national Lilizela Awards honour in the four-star caravan and camping destination.

The venue offers a caravan park, self-catering apartments and has stands for tents.

Then there is the heated outdoor swimming pool, a convenience store, coffee shop and plenty to do for the whole family.

As for other attractions that guests can take advantage of, they include horseback riding on the beach, dolphin-viewing, yacht trips as well as Crocworld down at Scottburgh. 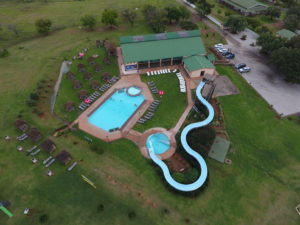 THE ATKV Drakensville Holiday Resort in Bergeville in the Drakensberg is so popular that bookings are being taken now for next Christmas.

The resort focuses on the family market and the recreational facilities-including indoor and outdoor heated pools-have been developed with the family in mind.

DESCRIBED as “heaven in the wilderness” by one recent visitor, Nselweni Bush Lodge which overlooks the Black Mfolozi River in the Big Five Hluhluwe uMfolozi Game Park, has done itself proud.

It has just been named the winner in the Lilizela Awards 2 star self-catering exclusive category.

The bush lodge, which has eight two-bed self-catering units catering for 16 guests, was built as a joint venture with members of the surrounding community and was funded, in part, by the conservation levy payable when visiting the Hluhluwe-iMfolozi Park.

The view from the deck stretches down across the river where crocs and hippos can be spotted as guests sip their early-morning coffee or gather for sundowners. A variety of animals can also be seen in the evenings as they make their way out of the surrounding bush to drink from the edge of the river. 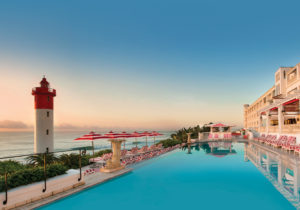 THE world-famous Oyster Box, overlooking the iconic Umhlanga lighthouse and the Indian Ocean, has claimed the Lilizela Awards top honour in the five-star hotel category.

With all the colonial charm of a bygone era, the 86-room hotel has been hailed as the epitome of modern elegance and comfort.
Popular with both domestic and international guests-including celebrities and even royalty as well as wedding guests and the business market,it is renowned for its generous hospitality, attentive service and exceptional cuisine.

As well as a range of venues for wining and dining, including the popular Palm Court where a traditional high tea is served daily with a live piano accompaniment, there is also a spa, two swimming pools set in a tropical gardens, a 24-seater movie theatre and a private library. 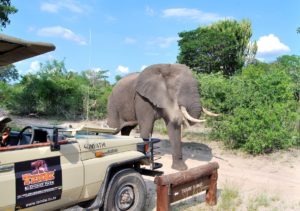 TEMBE Elephant Park and Lodge, which has won the Lilizela three-star lodge category, is one of the most successful community-run lodges in the country.

Situated in northern KwaZulu-Natal, north of Hluhluwe and close to the Mozambique border, the business is 100% operated by the local Tembe community. Fifty-five people have jobs at the popular destination, including nine fully-trained safari guides.

Tembe Elephant Park and Lodge has been operating for 20 years and boasts some 220 elephants.

It has the richest gene pool of elephants with big tusks and is home to the only indigenous elephants in the province (elephants in other parks originate from the Kruger National Park).

Guests are 50% international and 50% South Africa (“as we are the cheapest full service game lodge in Africa,” explained mentor Ernest Robbertse). 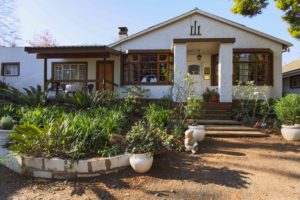 THE Azalea Bed & Breakfast, Lilizela Awards winner in the 3-star B&B category, is owned by Dawn and George Viljoen, whose business is in Howick, some 20 minutes from Pietermaritzburg and an ideal stopover between Joburg and Durban.

Dawn has been in the hospitality industry more than 20 years-she was a quality grading assessor helping businesses achieve their desired standards-and along with her husband, previously owned a guest house in Howick before it was bought by Oprah Winfrey for an orphanage.

A great place from which to explore the Midlands Meander, the Azelea boasts three comfortably-furnished rooms with private entrances and a host of amenities including under-floor heating.

Guests are enchanted with the B&B and the service, with one saying in a recent review that the hosts were “the best people ever; the service is top notch and that it’s really a home-away-from-home.” 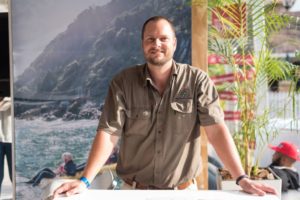 TOUR guide Tim Brown’s passion for his job has now earned him the coveted Lilizela award.

“As the owner and tour guide with Tim Brown Tours, it has always been a dream of mine to show what Durban and KwaZulu-Natal has to offer the world,” said Brown, whose past experience included working at Kruger National Park and Sabi Sabi where he conducted open vehicle safaris, guided bush walks and rhino capture, which enabled him to eventually save up enough money to start his own operation.

A decade later, he still enjoys his job and he says that there is “never a dull moment, where I get to live my passion every day!”
Based in Hillcrest, he offers a wide range of day and overnight Durban and KZN safari tours, focusing on the bush, the Berg and the battlefields.

He believes in giving his clients a holistic experience, ensuring that they leave having used all their senses. That makes all the difference between an average tour/safari and an amazing one, he says.